Dear Senate of Canada: Time to Pass Bill C-262 and stand up for the human rights of Indigenous peoples 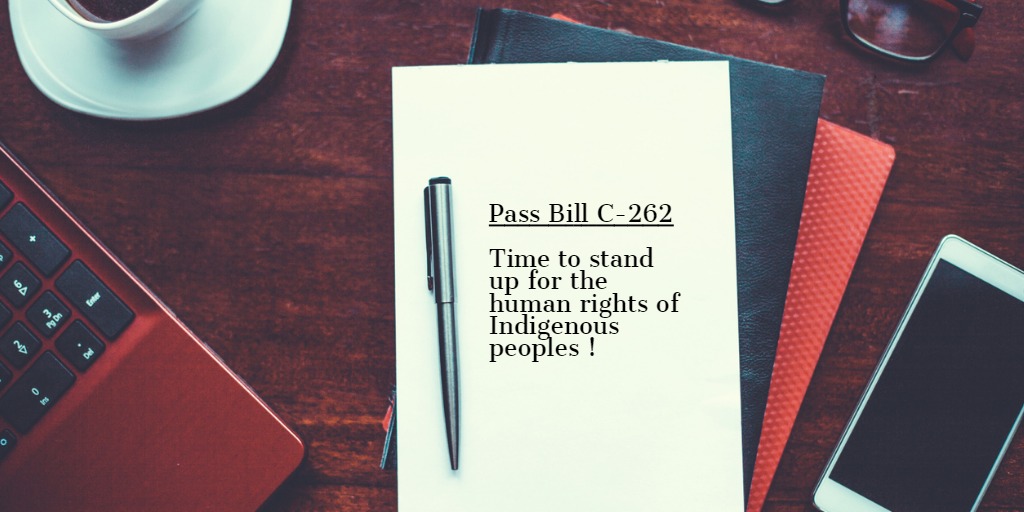 We are past debating the UN Declaration on the Rights of Indigenous Peoples because Canada is being measured by it on a regular basis within the international human rights system.

Last May 2018, Bill C-262, (United Nations Declaration on the Rights of Indigenous Peoples Act) was passed by the House of Commons.

Significantly, this was achieved with the non-partisan support of NDP, Liberal, Green, and Bloc Québeçois MPs.  The Bill’s sponsor in the House was NDP MP Romeo Saganash (Abitibi—Baie-James—Nunavik—Eeyou).  The Bill also is supported by the Assembly of First Nations, a  broad swath of Indigenous peoples organizations across the country as well as Canadian faith based groups and Canadian human rights advocates and organizations (see for example joint statement of the Coalition on the Human Rights of Indigenous Peoples).  Other supporters include  the Indigenous Bar Association.

The Bill is now in the Senate at second reading, sponsored by Senator Murray Sinclair, a former Commissioner of the Truth and Reconciliation Commission of Canada.

The core issue being debated (the principle of the Bill) is the need for Canada to take steps to develop a plan for implementing the Declaration in an orderly way. Canada is now many years overdue to develop a national action plan to implement the Declaration as called for by a 2014 UN General Assembly Resolution (A/RES/69/159 Rights of indigenous peoples (18 December 2014).

The UN Declaration has not been imposed on Canada (much less imposed from the "outside" as some may suggest).  The Canadian government, Indigenous peoples and human rights advocates from Canada worked to develop it for more than two decades and a half with other nations and peoples.  Its adoption in 2007 was hardly a surprise.  Its provisions are firmly grounded in existing human rights principles - notably the equality of all individuals and the equality of all peoples and their equal right to all human rights.

Parliamentary debate on Bill C-262 is not a debate about the UN Declaration on the Rights of Indigenous Peoples itself.  Canada is part of the global consensus that has reaffirmed it ten times since its adoption in 2007 by the UN General Assembly (my thanks to Paul Joffe for this number).  A few of these resolutions are listed below:

The Declaration is now a fixture of the international human rights system and is regularly used to assess Canada’s human rights performance.  The next step is an orderly plan for its implementation.

Canada is consistently called out for falling short on implementing the UN Declaration, and for not having a national action plan for implementation.

Senators should note that the Declaration is used every year by various UN and regional human rights bodies to judge Canada’s human rights record.  Here are just a few examples.

The days of putting our collective head in the sand and ignoring the realities of Indigenous peoples rights under Canadian law and under international human rights law are over.  We all know where a strategy of rights denial leads – to more litigation that Canada typically loses and to more international embarrassment.

To debate the merits of the UN Declaration all over again is very much a case of "train left station"/"horse bolted barn".  We will not delay or prevent the judgement of the global community on our performance in meeting minimum human rights standards that are now a fixture of the human rights system.

It is time to pass Bill C-262 and, in cooperation with Indigenous peoples, get on with the planning required to bring Canada into compliance with the Declaration in an orderly way. 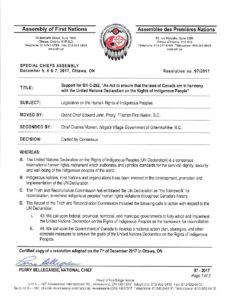